The True History of Faction Paradox

The Faction Paradox Protocols was a series of six full cast audio dramas produced by BBV Productions from 2001 to 2004, written by Lawrence Miles. They centred on the titular Faction, particularly Cousin Justine and Cousin Eliza, and their main antagonist, Lolita. All three characters originated in previous stories of Miles's: Justine in Alien Bodies, Eliza (as "Christine Summerfield") in Dead Romance, and Lolita in Toy Story. The series also featured other returning characters, including the Sontarans, the Peking Homunculi, and Sabbath. The series plot was foreshadowed by some entries in The Book of the War, such as "Brookhaven's Ghost Kingdom: The Six Central Characters" and "Morlock." The plays were divided into three pairs, each with a consistent setting. 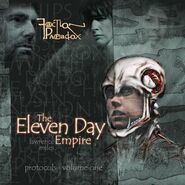 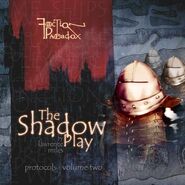 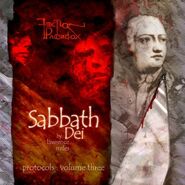 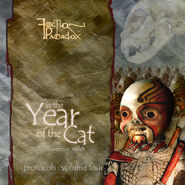 In the Year of the Cat 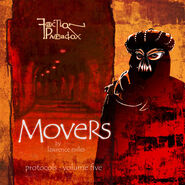 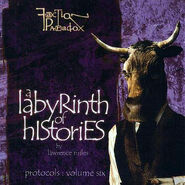 A Labyrinth of Histories

Retrieved from "https://factionparadox.fandom.com/wiki/The_Faction_Paradox_Protocols_(series)?oldid=29385"
Community content is available under CC-BY-SA unless otherwise noted.